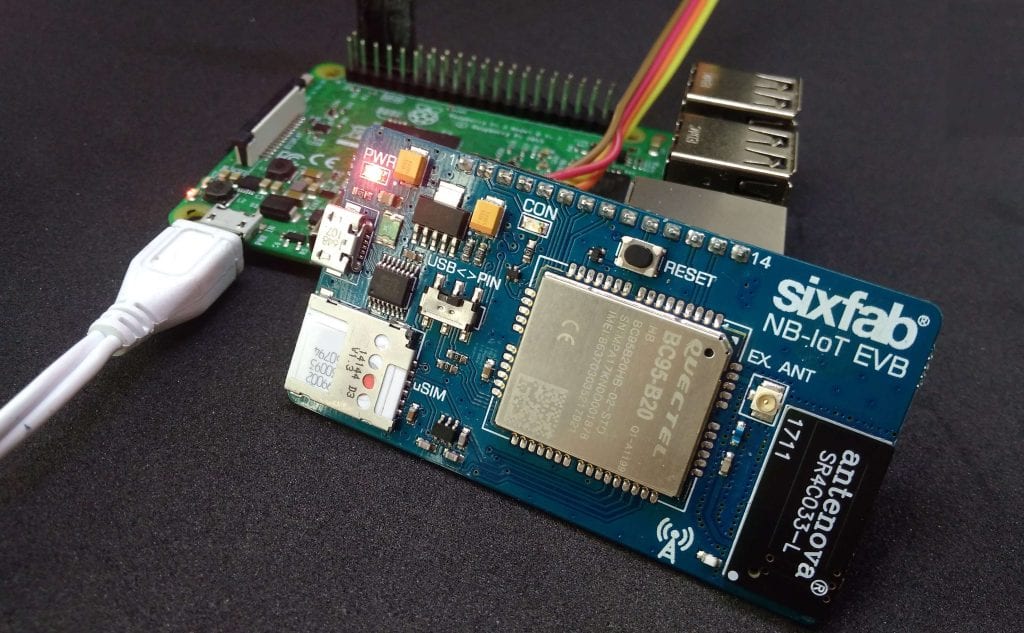 Sixfab NB-IoT is a tiny narrow band IoT (Nb-IoT) evaluation board. It comes with high performance Quectel BC95 NB-IoT module with no added sensors.

Warnings
! All data pins work with 3.3V reference. Any other voltage level should harm your device.

In this tutorial we are just going to show how to setup the Sixfab NB-IoT EVB alone with Raspberry Pi. Components to be used are as in the figure below: The steps to be followed are mentioned below. Take your Sixfab NB-IoT EVB and Raspberry Pi.

For this tutorial we will be observing how to set configurations for localhost and sending data over localhost UDP.

Note: We are demonstrating it over localhost, while it can also be done over any remote server.

1. Login to you routers configurations, by going to 192.168.1.1(generally this is the address for router configurations, might change for some router) from your Internet browser and login with your own credentials. 2. Now scroll down at Basic Status page to find your IP address of your connection (which is mentioned as dsl_internet in our case). We will need it later.

4. Then click on Add New, which will take you to the following screen. Now fill up Service Port(as desired, in our case it is 5000), IP Address(It is IP Address of your Computer/Laptop. Check the note below if you don’t know how to obtain your IP Address) and select Protocol(as UDP). Click Save. ## Note: Open your terminal and run ifconfig command to obtain your IP Address. This is applicable for linux users. Windows user can type ipconfig in cmd command.

5. Now open a terminal and connect to your Raspberry Pi via ssh. (Windows users can use putty). 6. Now you will need to enable Serial, I2C and 1-Wire. To do so get into your Raspberry Pi configuration tool by following command

Here you will see a blue screen with gray box at the center. After enabling all of them, reboot your raspberry pi. 7. Once reboot run the following commands to update system’s package

Next, upgrade all of the installed packages to latest version by

8. Now the getty service needs to be stopped on Raspbian. Getty manages a terminal line and it protects the system from unauthorized access. By default GPIO14 and GPIO15 of Raspberry Pi are active as console. So it need to be disabled as serial console is not being used. Moreover the service of serial console is to be deleted from cmdline.txt. Run the following commands (terminal is connected to /dev/ttyS0 in this case)

As for previous versions Raspberry Pi terminal is connected to /dev/AMA0, following commands should be used instead. 9. Now console has to be removed from the cmdline.txt. This can be done by running following command

and removing ”console=serial0, 115200” or ”console=ttyAMA0, 115200” for Raspberry Pi other than version 3. Exit editor saving the changes. Then reboot your Raspberry Pi.

10. Enable UART is by adding ”enable_uart=1” at the end of /boot/config.txt which can be obtained by following command 11. Now insert sim card to your Sixfab NB-IoT EVB. and connect it to your Raspberry Pi with following configuration. Pinout of the Sixfab NB-IoT EVB. is given below. 12. Make sure UART switch is towards PIN 13. Now open a terminal and clone our github repo by

14. Get into the cloned github repo by

Here you can observe gettingStartedEVB.py

and replace XX.XX.XX.XX with your router’s ip and XXXX with your port number and save it.

15. Run the script by following command in the terminal

Here we are sending a string data over local server. 16. Open another terminal and run the following command to listen the data that has been sent over the local server. (Windows users can use desktop apps like putty or hercules.)

where 5500 is our port number(##Make sure you replace it with your own port number). Hence you are able to listen the data that are being sent over UDP.

Next we will obtain data from any sensor connected to Raspberry Pi and sent it over local server using Sixfab NB-IoT EVB.

This has been done in local server, the whole process can also be carried out on remote server. 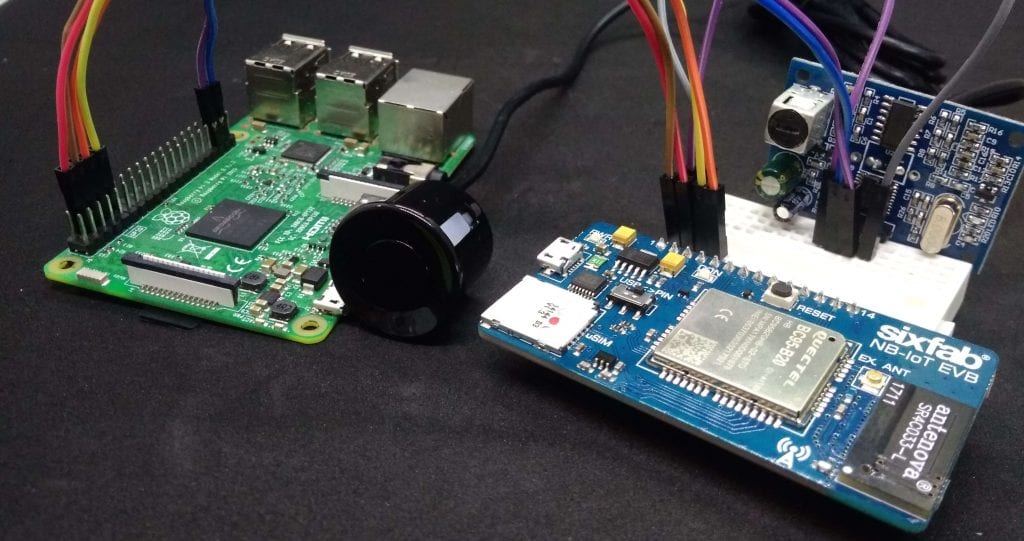 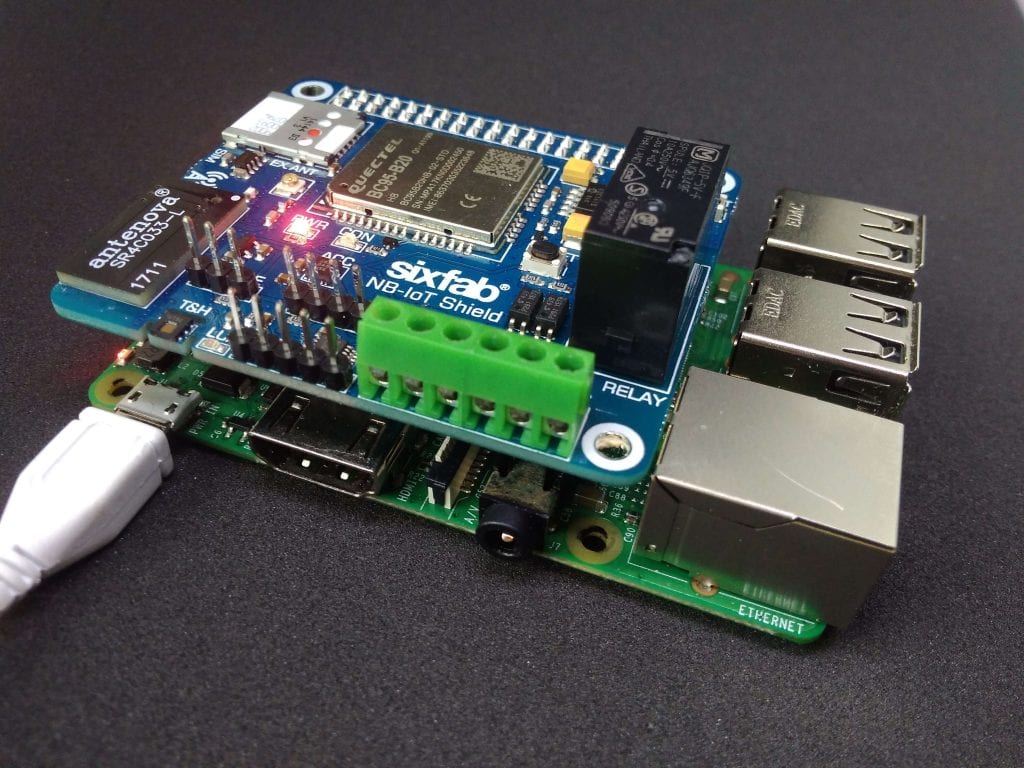